What is the Wellness Division?

This division is for females with athletic physique’s that showcase more body mass in the hips, glutes and thigh areas. The upper body is developed but not to the same degree as the lower body.

Competitors will face front with one hand on hip, one arm straight down and one leg slightly extended. We do not want to see the arm off to side with the elbow bent and the wrist bent upwards. 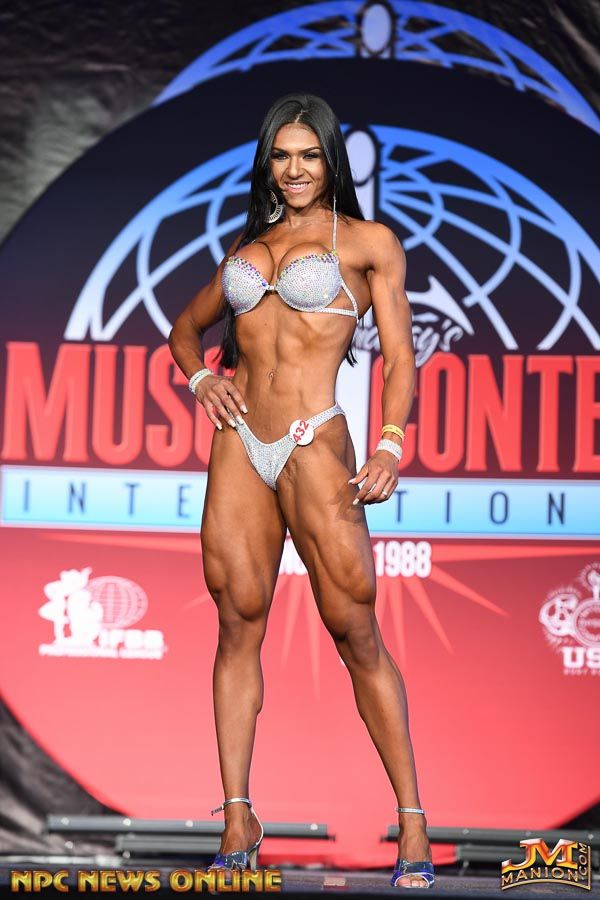 Competitors will turn slightly facing the judges with right hand on hip and left arm straight down and right leg bent at knee. More like a twisting side pose that Bikini competitors perform. We do not want to see the arm off to side with the elbow bent and the wrist bent upwards.

Competitors will face the rear with lower back arched with glutes pushed back. We do not want to see the arm off to side with the elbow bent and the wrist bent upwards.

Competitors will turn slightly facing the judges with the left hand on the hip, right arm relaxed and left leg bent at knee. We do not want to see the arm off to side with the elbow bent and the wrist bent upwards.

*As with All Other Divisions, No Lewd Acts Are Permitted and will result in automatic disqualification*

Wellness division competitors will be checked in and measured the same as Fitness, Figure, Bikini and Women’s Physique competitors.

All suits will be inspected at the check-in’s. Every competitor must wear their competition suit under their clothing to check-in’s for inspection. If your suit is not inspected you will not be permitted to compete. No Exceptions.

If you change your competition suit from prejudging to finals and the judges deem it not to conform to the rules you will be directed to leave the stage. No Exceptions.

We are looking for conditioning almost on par with Bikini athletes, but the athletes will have slightly more muscle. We want to see a little body fat with slight separation but no striations.

As it currently is in Bikini.

Slightly more developed than Bikini and a little less than Figure, but not as lean and with no striations. Not like Women’s Physique.

-How much definition for quads?

The quads should display an athletic appearance with slight separation but no striations. Not as lean and defined as Figure and Women’s Physique.

Full round glutes with a slight separation between the hamstring and glute area but no striations, as is in place for the Bikini Division. Glutes will be bigger than current Bikini competitors. They will not be as lean and defined as Figure and Women’s Physique.

NPC, NPC Worldwide & IFBB Professional League Wellness Competition Suits have the same rules that are currently in place for all of our other divisions. Suits can be customized with “bling”. Competitors will compete in a two-piece suit. Unlike a Figure, Fitness or Women’s Physique competition suit, the top is not connected to the suit bottom.

The suit top is the same standard that is currently in place for the Bikini division.

The suit bottom must be V-shaped in the front and is traditionally all material with no connectors and sits high up on the hips. The cut of the suit back is the same standard that is currently in place for the Bikini division. No Thongs and No T-back suits allowed.

*You also have the Option to wear a Competition Bikini style bottom that has connectors. You will not be scored any differently if you choose to compete in this suit bottom.

*Note: The NPC, NPC Worldwide and IFBB Professional League Have Not Authorized or Granted the license, authority or exclusivity to any competition suit company or designer to be their Official Suit Maker and to advertise their suits as an Official Cut or Approved Cut. There has never been an Official or Approved “Pro Cut Bikini” for Any Division! That term was erroneously created by suit makers.

-Rules & Restrictions on shoes and heels?

Shoes and heels same rules that are currently in place for the Bikini division.

Jewelry same rules that are currently in place for the Bikini and Figure divisions.

-Rules & Restrictions on posing oil or not?

No Posing Oil but can be “glazed” as is currently done for the Bikini and Figure divisions.

FIND US IN SOCIAL MEDIA